Billy MacInnes looks for noticeable effects on Irish IT companies as a result of Brexit, writing for TechCentral.ie on May 28th 2019 interviewed Peter Rose, TEKenable CTO. Reproduced below (click here for the online article).

The Question Posed in the interview

With the tragi-farce of Brexit on the verge of entering its third year with no clear end in sight, what steps have Irish IT businesses been taking, if any, to prepare themselves for the consequences of a UK exit from the EU, and have there been any noticeable effects on Irish IT companies as a result of the endless convolutions over Brexit? We asked around.

“People were fed a load of rubbish from both sides during the referendum,” Rose says. For what it’s worth, he believes the UK could still crash out of the EU if Theresa May “loses what little control she has. Johnson or someone of his ilk will get elected”.

TEKenable is not as exposed to the UK market as other businesses, but Brexit has had an impact. The company had been looking at opening up an office in Northern Ireland but has postponed its plans.

Rose says uncertainty has not just led people “to pull back on spending”, it has also had implications for simple things which are making it “just a little bit harder to do business”. For example, as he lives in Drogheda, Brexit could make it more difficult to drive to Belfast if he had opened a premises in Northern Ireland.

Just before the 12 April deadline for a potential hard Brexit – a deadline which has since been revised to the end of October – Rose had been due to go to a security conference. As a UK passport holder, he was not sure what the implications would have been if he tried to return to Ireland after the 12 April deadline. “I didn’t know if I was able to go,” he admits. “If that had been a business meeting, it would have been a huge drag on the relationship between the two companies. If you multiply that across the whole of EU, it would have created a huge drag on business.”

But TEKenable has also gained business from Brexit, Rose reveals, by winning projects “that are specific to Brexit, they’re projects the companies would not have done otherwise”. In fact, TEKenable has “managed to grow partly on Brexit”.

TEKenable has also gained business from Brexit by winning projects that are specific to Brexit — they’re projects the companies would not have done otherwise. In fact, TEKenable has managed to grow partly on Brexit”

TEKenable has also done some work in the logistics space, looking at a hard border, how it might operate and how clients could traverse it more effectively. “That’s really important in terms of animal movement because there’s a whole welfare aspect to it,” Rose observes. “If you’re detaining animals at ports for longer periods of time, there’s a whole welfare aspect, as well as the time and cost.”

He says it’s sensible for Irish businesses “to look at their supply lines and market diversification, to plan for worst case outcomes as they would plan for fire and flood. A hard Brexit is a similar thing, neither event is inevitable but it could have enough impact that it can’t be ignored”. In any case, it doesn’t hurt to look at those issues at any time.

Rose adds that Irish businesses might take the opportunity to look beyond the UK for business.

The opportunities to sell IT services are pretty broad across Europe,” he says, noting that TEKenable has recently had meetings in The Hague and Paris.

“Even smaller companies have opportunities in Europe,” he believes. “We are very pampered because English is the language of commerce, you can land in any European country and have a business conversation in English.”

While there is a familiarity and comfort in conducting business in the UK and the travel time is a little shorter, “it’s not necessarily any better a place than the rest of the EU. And there might be a little bit of an opportunity in looking at Europe from Ireland on what services the UK was able to provide and is no longer going to be able to provide competitively if goes out of the EU. It’s just a case of whether people are willing to go out and look for it.” 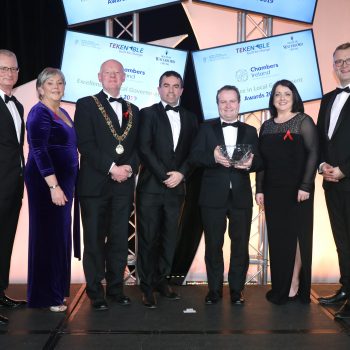 We use cookies to ensure that we give you the best experience on our website. If you continue to use this site you accept this.AcceptPrivacy policy